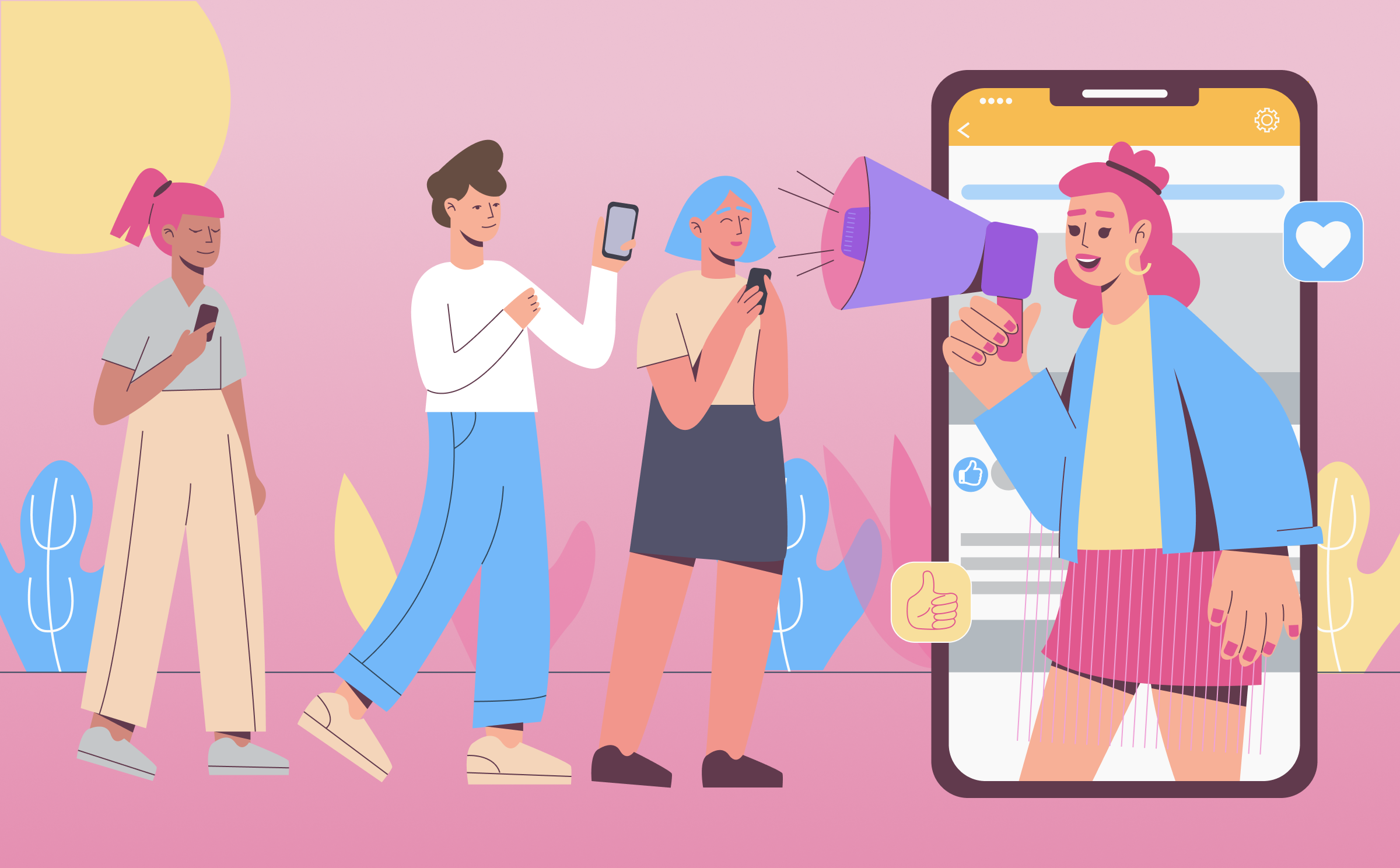 Many people (especially younger generations) look to trusted influencers to help them make decisions about which brands, causes, and products they should support, and marketers are definitely noticing. In fact, the Influencer Marketing Industry is set to grow to $13.8 Billion in 2021!  Influencer marketing isn’t just great for selling your brand or product—influencer marketing can also be a powerful way for World cC Changers like you to tap into audiences whose values align with your mission.

Having A Good Influence

“At a fundamental level,” says Sprout Social, “influencer marketing is a type of social media marketing that uses endorsements and product mentions from influencers—individuals who have a dedicated social following and are viewed as experts within their niche.”

Influencers can use their large following for good to raise awareness and funds for nonprofits. Many of which charities would otherwise not have access to. For example, it can be challenging for nonprofits to reach Gen-Z’s on TikTok to spread the word about a good cause and relatively easy for influencers.

It’s time for your nonprofit to consider how to incorporate influencer marketing to amplify its impact. To start, here are 5 influencers who have successfully used their platforms for good! 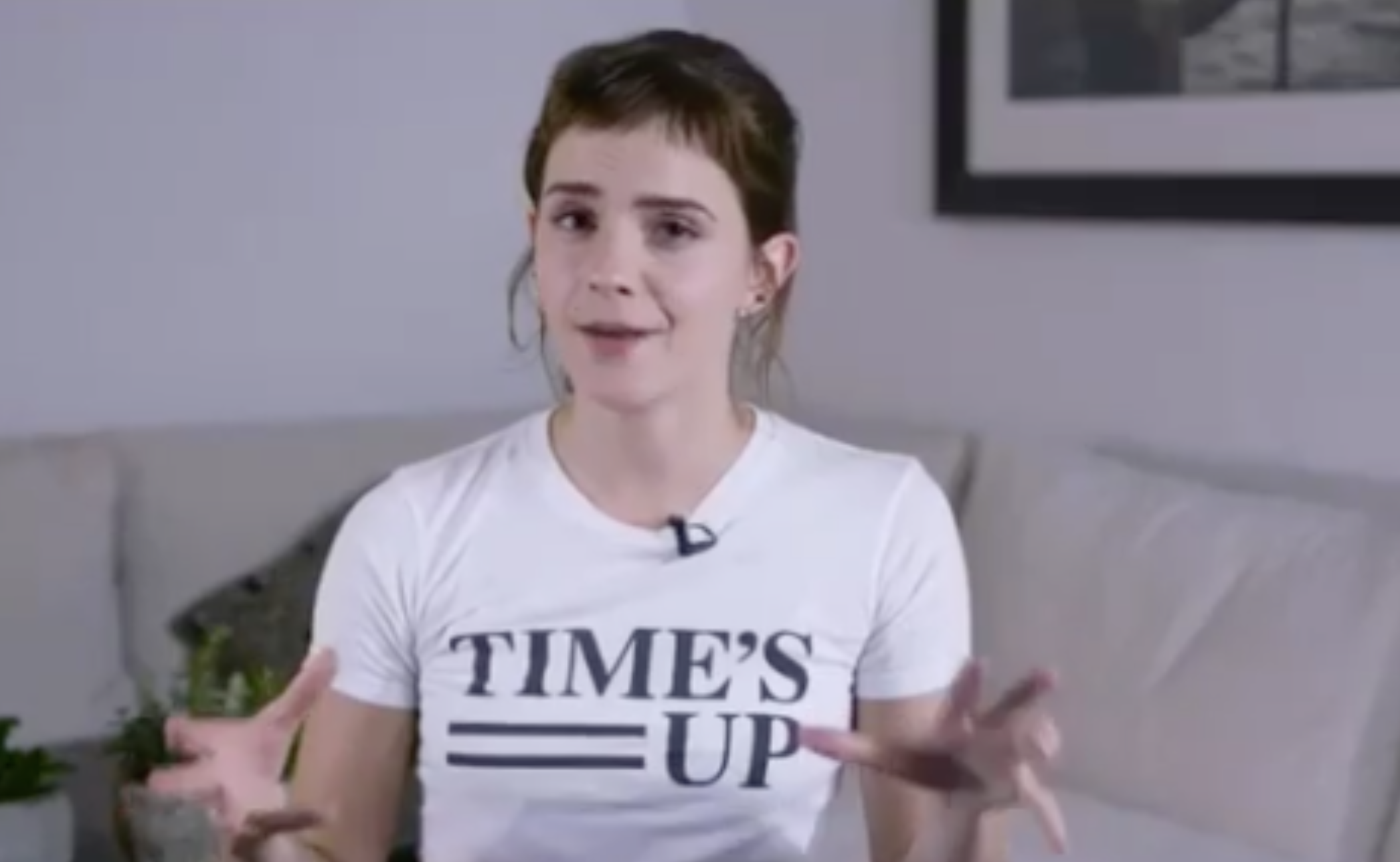 You’re probably familiar with Emma Watson for her role as Hermione Granger in Harry Potter, but did you know she’s also a passionate philanthropist? In 2018, Watson raised $984k for the UK Justice and Equality Fund as part of the Time's Up Campaign. She kicked off the campaign by donating $1.7M of her own funds.

Along with 190 other British and Irish actors—including Carey Mulligan, Kate Winslet, Claire Foy, Noma Dumezweni, Emma Thompson, Jodie Whittaker, Sophie Okonedo, and Saoirse Ronan—Watson signed an open letter of intent about the issue at hand to inspire others to get involved and support this important cause.

All funds raised have gone toward frontline women’s organizations in diverse communities across the UK and are resourcing a network of experts who can provide vital advice, support, and advocacy to people who may have experienced sexual harassment at home, at work, or in their community.

Watson successfully urged followers to join her in donating to this cause to prevent sexual harassment and bullying in the entertainment industry.

The takeaway? Look for influencers who are passionate about your cause, willing to advocate for it, and collaborate with others to make a collective difference. 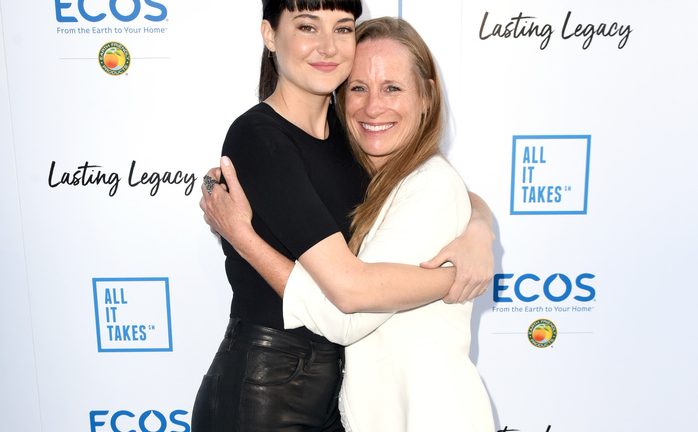 Another budding actress and philanthropist, Shailene Woodlye, has raised a lot of funds and made a big impact for charity. So much so, Woodley and her mom even started their own charity, All It Takes! They’ve raised over $74k to promote youth empowerment.

One unique way Woodley used her influence to fundraise for good was by creating special benefit screenings of the popular Divergent movies she starred in. At these events, All It Takes alumni spoke to explain how the organization’s work has personally impacted their lives. All ticket sales and auctions from these benefit screenings funded instructional camps for middle school-aged kids.

Pro tip: When looking for an influencer for your cause, ask up-front if they’d be willing to participate in your next fundraising event. 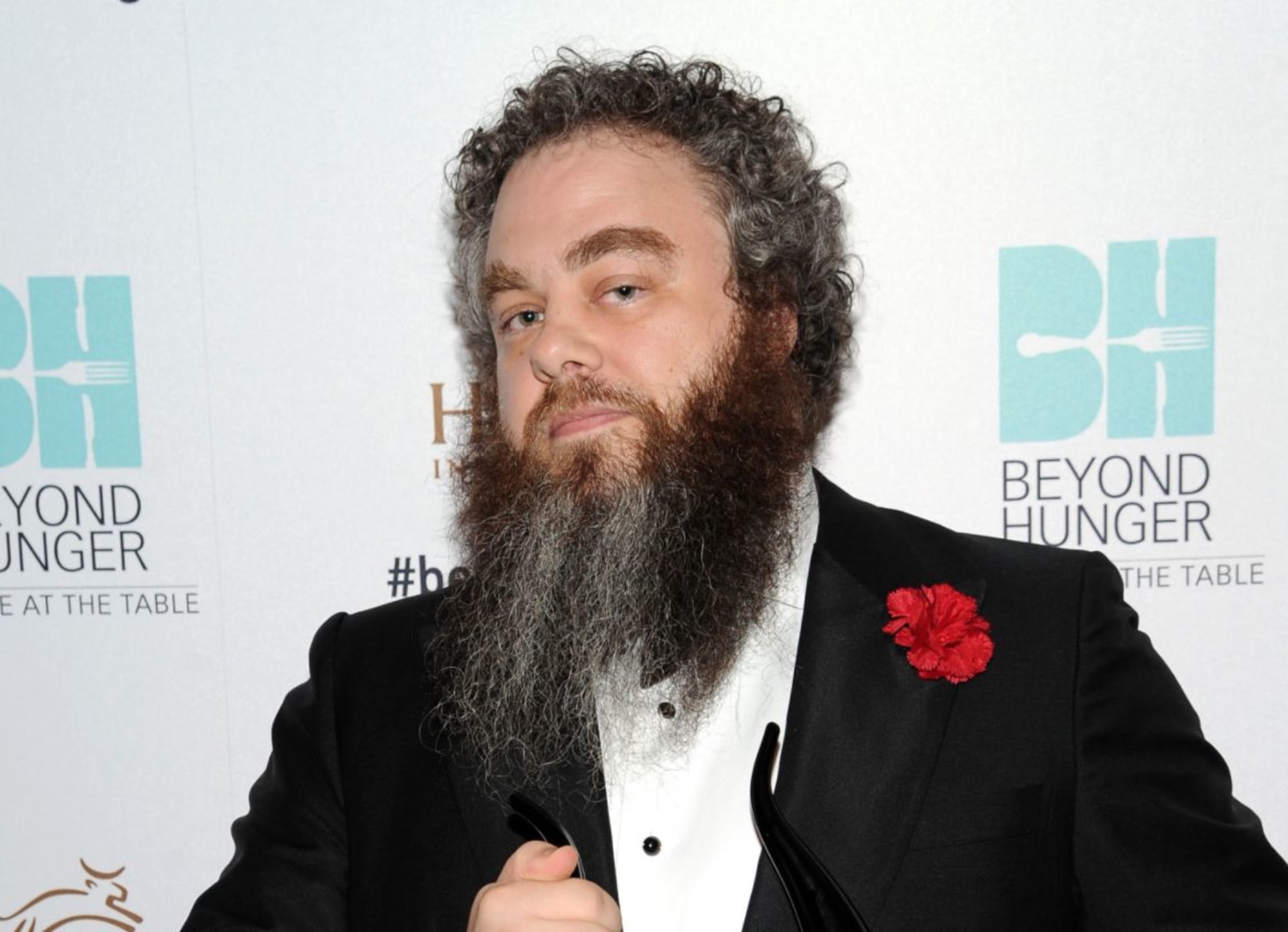 If you don’t think influencer marketing for charity can make a lasting impact, think again.

Since 2008, New York Times bestselling author Patrick Rothfuss has raised over $10M for Heifer International. It all began with a moment of realization: “It occurred to me that I could do something other than just self-aggrandizement and pandering to my own ego,” Rothfuss said. “Maybe people would like to do a charity with me.”

Rothfuss has used the platform of his popular blog to raise funds by offering matching donations to anyone who donated. He’s also contributed giveaways of signed copies of books and other fun prizes.

He even started his own charity called Worldbuilders, which raises money and awareness for Heifer and other nonprofits by “uniting the geek community.” Rothfuss says he’s inspired to support Heifer because the organization provides a holistic and comprehensive approach to ending hunger and poverty. 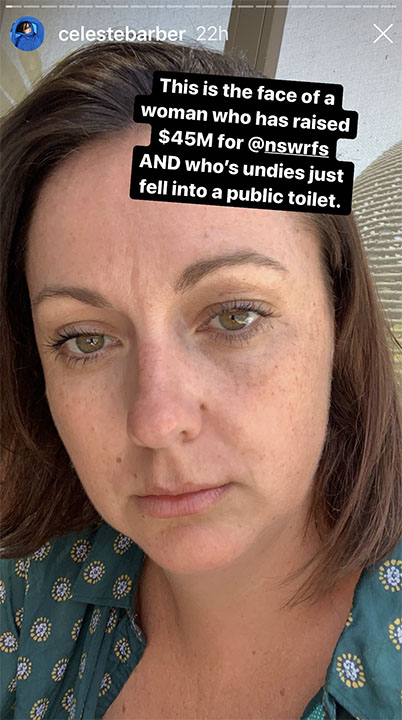 In less than a week, social media influencer and comedian Celeste Barber mobilized a relief effort and raised $48M to provide comfort to people affected by the 2020 Australian Bushfires.

All funds raised went toward the NSW Rural Fire Service and Brigades after her own mother-in-law, Joy Robin, was told to evacuate her home in Eden Wharf, which was “facing catastrophic conditions.” Celeste told her 6M followers, “I feel sick,” and her fundraiser immediately took off.

While Barber may not have wanted to “be the face” of this important relief effort, she was the perfect person for the job because she had already built such strong relationships with her followers—they trusted her. Remember: the more trust influencers have built with followers, the more likely their followers are to genuinely believe in your organization as they advocate for you. 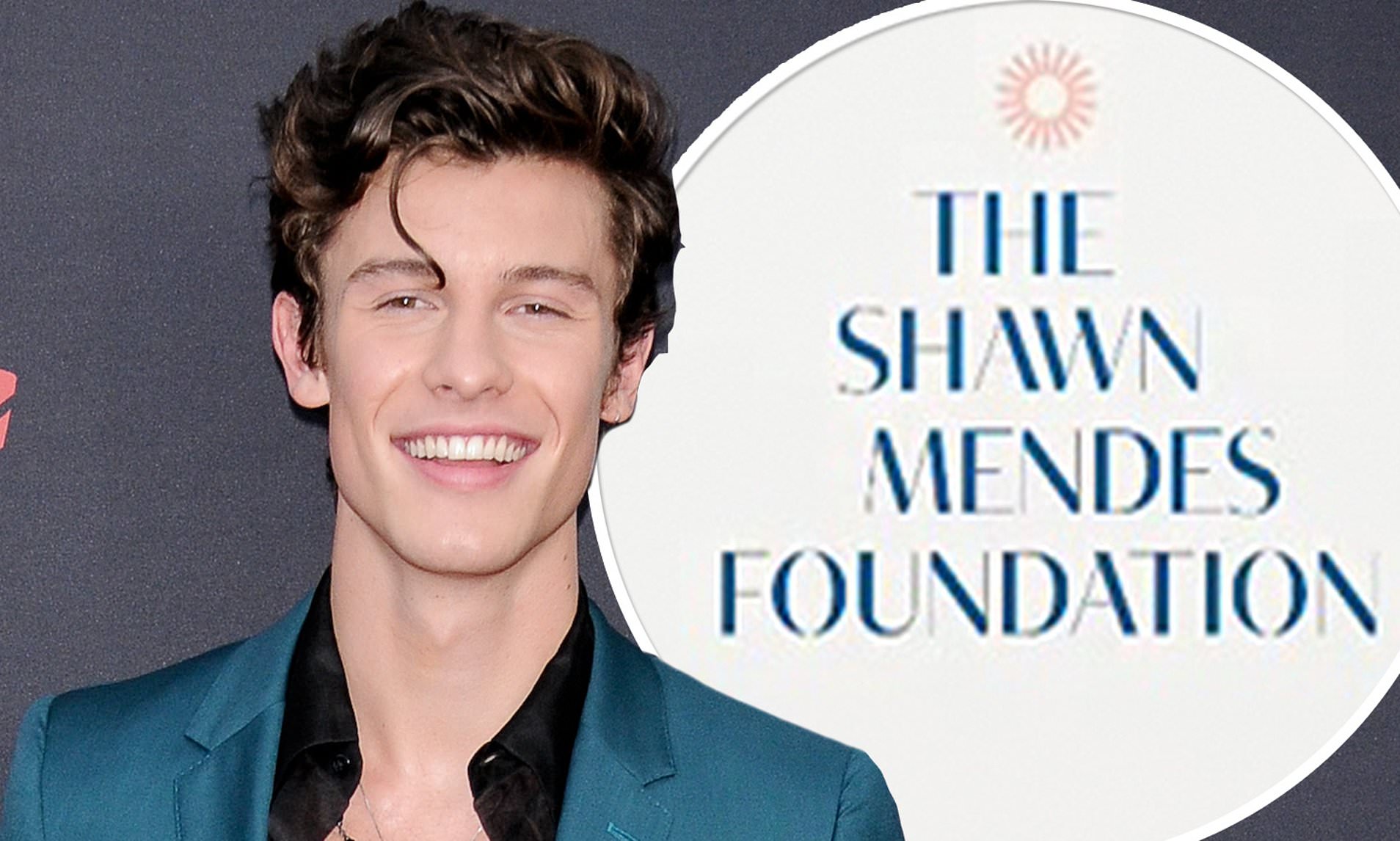 Mendes has donated and supported lots of different charities, and in 2019 he founded the Shawn Mendes Foundation, a nonprofit that aims to inspire his fans to create positive change. The foundation’s focus areas include everything from children’s healthcare to sustainability, mental health, human rights, anti-bullying, and education.

“For a long time, I’ve wanted to find a way to amplify the causes that my fans and I care deeply about, and to help make the voices of our generation heard,” the singer said in a statement. “My goal in launching the foundation is to work alongside my fans, and do everything I can to help provide them with a platform that inspires positive change and empowers young change-makers.”

Lesson learned? Look for influencers who want to partner with nonprofit organizations that they AND their followers deeply care about.

Anybody Can Be An Influencer

While it certainly helps to have connections to micro influencers and public figures to advocate for your organization, it’s not required. Anybody can be an influencer! Anyone can leverage their personal networks to help expand the reach of your organization. No donation and no network is too small to make an impact for good.

Don’t wait to have a good influence. Download our free e-guide on influencer marketing to get started today! This e-guide includes: